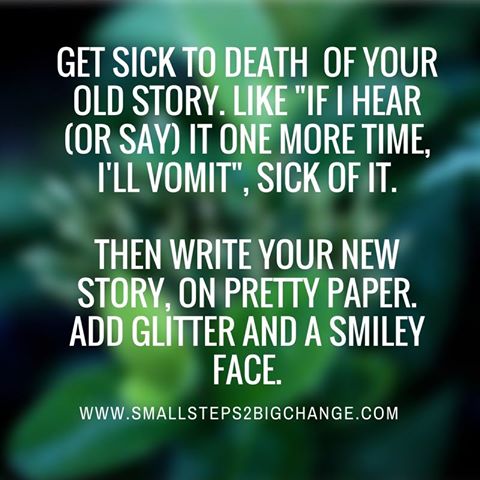 The top 10 reasons you aren’t getting what you want

Why do some people seem to be super achievers while others can’t seem to get going?

If you’ve been wishing things would change or hoping you get what you want, this one’s for you.

Here are the top 10 reasons you aren’t getting what you want:

1. Fear of change. You’re not uncomfortable enough. Your fear of change is bigger than your desire to have what you want.

2. You’re unworthy. You don’t think you deserve to have what you want.

3. Lack of belief in what’s possible. You don’t believe it’s possible to have what you want.

4. Fear of failure and mistakes. You don’t think you can do it or you think you’ll make a mistake.

5. Fear of success. You are afraid of the ways achieving what you want will change your life.

6. You should do it. You don’t really want to do it, but you think you “should”.

7. A small WHY. The reason why you want to do it is too small, too vague, not powerful enough, not salient enough.

8. You’re deindentified. You haven’t made a choice to be or do anything specific at this point in your life and life isn’t demanding it of you. You’re in a new phase of life, that you may have entered a long time ago, and haven’t identified the new you.

9. Lack of focus on yourself. You’re a giver, support person, don’t put yourself first, part of the background and not the cast. You haven’t given yourself permission to focus on you.

10. You aren’t sick of your old story yet. You’re still benefitting from your tale of woe. You’re getting a feeling of significance from your problems, past, pain and most likely you’re getting support from your friends and family about it. You haven’t come to the conclusion that if you say how your mother was mean to you and that’s why you’re the way you are one more time, you’re literally going to vomit.

These are the primary reasons people don’t go after what they want. These keep you in the wishing, hoping, thinking about it, “what if” stage, in the “I’ll try” stage, and not in the “do it” action stage. It’s all in your story that your telling yourself.

I’m not in any way minimizing the power these beliefs hold over you, or saying that you can just decide to change it. That won’t be enough for all but a few of you, but it is the first step for everyone. You are most likely experiencing more than one of the disempowering stories above, the story is likely to be decades old and you don’t remember the particularly event that caused it to grab a foothold in your psyche. Maybe it was a series of events. Maybe it’s the more global “life didn’t turn out like I thought” cognitive dissonance between the mental image you had in your mind of what your life would be like, compared to the way it actually has gone. It may be that you’re in a new phase of life, and, for the first time in your life, you’re not sure who you are or what you want to be doing. Ridding yourself of these issues involves some detangling of old stories and events, calling bullshit on the story you’re stuck in and proving it to you, excavating the real you, and rewriting the story of the new you on pretty stationary. Throw in some glitter. And maybe a smiley face.

It doesn’t matter how old you are or how long you’ve been in a funk. If you’re still breathing, you still have time. Let the past be the past. Today is a new day. I already know you’re worth the work, even if you don’t know it. And what I know for sure is that happiness feels really good. Fun feels good. Doing things you love does too. It makes you want to do more things of those things. It makes you want to support others in their journey. And that is perhaps the greatest gift of all, to yourself and those you help. Lift yourself up so that you can, in a healthy and not self-sacrificing way, reach down and take the hand of someone else who just needs a little boost. Get sick to death of your old story. Get your friends involved in your new story. Promise them it will be fun. Hell! Promise yourself that too. Take one small step, before the old beliefs attempt to regain their authority over your thoughts, emotions and actions. Continue to defy the old thoughts trying to sneak through a crack in your door by taking action in the new direction. Have a mental STOP sign you hold up when the negative thoughts show up. Pack their bags. Buy them a one-way ticket someplace else and take them to the station. Wave goodbye because they don’t live here anymore. You may not have a guarantee about the outcome and you may not know all the details just yet, but you are choosing you and defining you. Therefore, there are no mistakes.